One thing is for sure, it did not take long to fall in love with Edinburgh, Scotland! 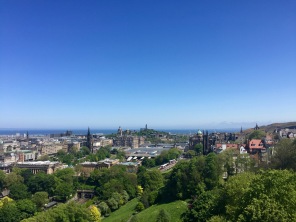 After spending a week venturing throughout Ireland, we were ready for something new. I didn’t know much about Edinburgh or what to expect, but it definitely left a lasting impression.

Edinburgh was such a different vibe than anywhere we went in Ireland.

There was something magical in the air in Edinburgh. A spark that ignites when roaming through the old city and playing tourist for the day alongside locals.

Every street felt like you were walking through a fairytale. 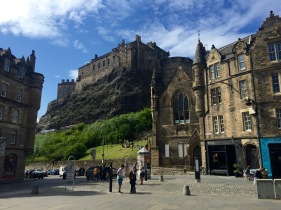 The above photo makes me so happy. Locals, tourists, and humans-alike sunbathing and enjoying the beauty around them. Does it get any better than that?

Wish we would have had more time in Scotland to venture outside the city, but that’s something we’ll have to save until next time!

If you to happen to make it to Edinburgh, make sure to stop by these places:

I'm a wander lusting - coffee enthusiast - sunshine loving - vinyasa obsessed - Jesus lover, with a heart filled with creativity and compassion for others.

This blog is going to be filled with my favorite moments and photographs, and all my creative ideas and thoughts that flow from the soul. Hope you enjoy and thanks so much for reading!

RECENTLY ON THE BLOG