Glamour, relaxation, and the ever-so famous French Riviera. The perfect weekend getaway for a solo trip, one might say. However, my experience was slightly different than envisioned…

Kicking off the weekend with check in lines that resemble JFK at Christmastime, difficult to deal with airline employees, and a flight missed by a mere 2 minutes. My thoughts… I can do better than this! I am a decently experienced traveler, have navigated airports on my own multiple times, and am reasonably organized. This experience was frustrating, to say the least.

Thankfully, after spending my Friday in the Barcelona airport, I was able to board my new flight and jet off to the enchanting Riviera in the South of France. I took a deep breath, a quick nap, and promised myself to soak up some sunshine and relax all weekend.

I finally arrived in Nice, France around 5:30 pm, just in time to check in to my AirBnB and catch the sun setting into the Mediterranean Sea. After sitting along the coastline, taking in the beauty around me, I decided to wander through the Old Town in hopes to find dinner.

The place I had planned on eating at was booked for the weekend (just my luck!), so I explored a couple streets further and stumbled into a warm, cosy French restaurant called L’Ecurie. Here I treated myself to a three course meal consisting of a glass of wine, warm bread, a traditional Nicoise salad, homemade ravioli with red wine sauce, and the best gingerbread tiramisu. 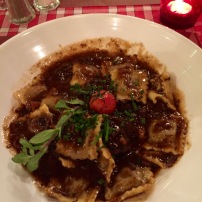 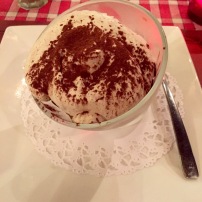 After losing hours of daylight yesterday, I decided to wake up before the sunrise to prepare for a full day of exploring Nice, Eze Village, and Monaco. I left my apartment just in time to see the sun peeking through the buildings, and headed down through the Old Town to Promenade des Anglais for a mountain hike overlooking the coastline and city.

I finished my hike just before noon, headed over to a local favorite creperie called Pôp-ô-Thym and devoured two crepes – one savory and one sweet! 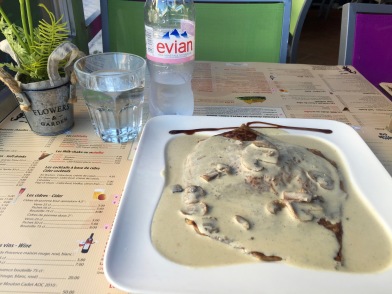 On my way back home I stumbled upon a local farmers market with fresh fruit and vegetables, flowers, local spices, and Marseille soaps. 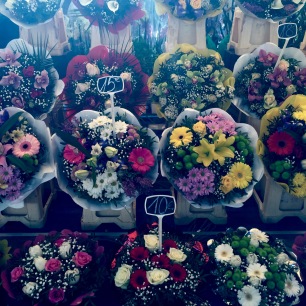 Before I knew it, I was hopping on a bus to Eze Village and driving along the coast of the French Riviera to my next destination.

Eze is a small town just outside of Nice, home of the Fragonard perfumerie (a French favorite), and a beautiful mountain hike that overlooks the water and mountain range surrounding.

Although small and easily accomplished in half a day, Eze was my favorite location for this trip and I definitely recommend a visit.

As you can see, the views from Eze Village are breathtaking, and who doesn’t love a perfume and beauty factory tour (for free I might add)! 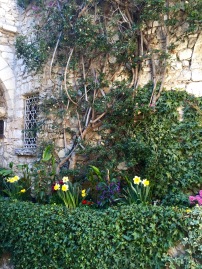 My next stop was Monaco, an independent nation and home of the Monte Carlo Casino. 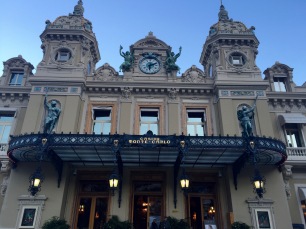 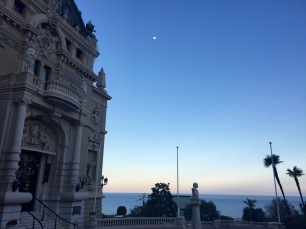 I was overwhelmed with yachts, nice cars, and high-end designer stores. Definitely not somewhere I would go out of my way to go back to, but worth the experience if you’re close enough!

Last day in France before returning home to welcome my mom and Claire to Barcelona (or so I thought)! To make the most of my time, I was up early yet again and took a bus to Antibes for the morning. I debated going even further to Cannes, home of the world famous Cannes Film Festival, but opted out due to limited time. 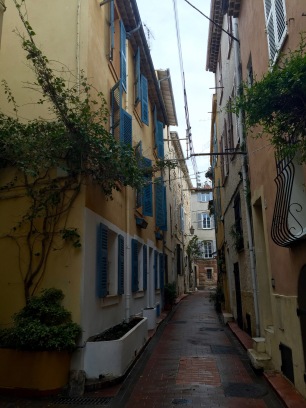 Antibes was similar to Nice, but quite a bit smaller. Not somewhere I would put on my future destination list, but nice to visit for a few hours. There was a beautiful promenade along the coast, narrow streets, and fresh farmers markets. 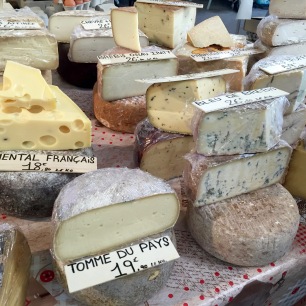 I headed back to Nice early afternoon for lunch, packing, and a few more hours of exploration before flying home to Barcelona. After soaking in my last bit of vacation, I headed to the airport, excited to welcome my mom and Claire to Barcelona in the morning! Little did I know… all outbound and inbound flights from France were either cancelled or temporarily delayed until further notice.

My flight was one of the lucky winners with CANCELLED written in bold, red letters next to it. I was devastated, angry, and panicked. I was alone, my mom and Claire were already on a flight to meet me in the morning, and I had nowhere to stay. There were no flights leaving until the following morning, and even these flights were subject to delays and cancellations.

After a few frustrated tears, I did what I could, booked the soonest flight and contacted my AirBnB hosts with hopes that they would let me stay one more night. Thankfully Laure and Marc (AirBnB hosts) welcomed me with open arms, and even made me dinner as all restaurants and markets were closed for the night.

My mom and Claire arrived in Barcelona as I anxiously headed to the airport, with hopes that my flight would take off in time and only put me a few hours behind them. Many flights were still cancelled and delayed. Thankfully mine wasn’t cancelled… but it was delayed with no further information.

After the most stressful weekend I’ve had so far since being abroad, I finally boarded my (3 hours late) flight and was on my way home to be welcomed by my mom and Claire! We had a week full of adventure and our own travel mishaps, but that’s a story for later…

I'm a wander lusting - coffee enthusiast - sunshine loving - vinyasa obsessed - Jesus lover, with a heart filled with creativity and compassion for others.

This blog is going to be filled with my favorite moments and photographs, and all my creative ideas and thoughts that flow from the soul. Hope you enjoy and thanks so much for reading!

RECENTLY ON THE BLOG